The Top 4 Dangerous Types of Car Accidents - Although car accidents are often seen as a fender-bender type of situation, the fact is that they can be dangerous and even deadly. In this blog post, we're going to take a look at some of the most dangerous types of car accidents. 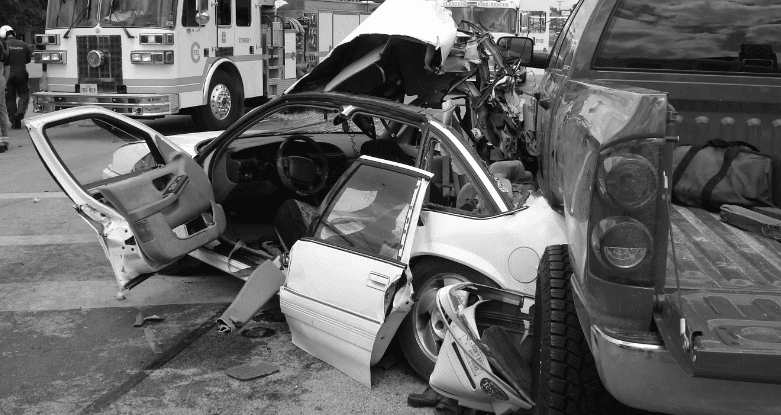 In 2018, it’s estimated that 40,000 people lost their lives in car crashes. For those that didn’t die, the experience was likely traumatic and harmful. Car crashes are one of the leading causes of death in the US and often result in serious injury to people and damage to property.

There are a few types of accidents that can be very dangerous and cause a lot of destruction on the road. People who are involved in these accidents typically suffer severe injuries and have to deal with massive medical expenses, lost wages, and a lot of pain and suffering.

Many people can be held liable for injuries sustained in a car accident. The most common individual at-fault is the other driver. But third-parties can also be negligent. For example, if you were injured in an accident that was caused by the negligence of a car manufacturer or a part manufacturer, they may be held responsible.

Most accidents involve only one other vehicle. However, even when two vehicles collide, the results can be quite severe. When multiple vehicles are involved in an accident, the risk of someone sustaining a serious injury increases as well.

When multiple cars are involved in an accident on a busy road, there is a chance that other cars will hit the cars involved in the initial accident. This can create a chain reaction of cars crashing into each other, called a pileup.

When a pileup occurs, those involved in the initial collision are often unable to do much to escape the onslaught of other vehicles adding to the pileup. They’re put at risk for more damage. The pileup of vehicles can also increase the risk of fires, explosions, and flying debris.

At speeds of 40mph, a head-on collision between two cars will have the same impact as one at 80mph. This is due to Newton’s third law, which states that for every action there is an equal and opposite reaction. Head-on collisions are very dangerous because drivers receive the full force of the impact.

Car accidents can often lead to one or several vehicles rolling over. This happens when the impact angle is severe, when the car turns too sharply, or when the driver loses control of the vehicle.

Rollovers are common in car accidents, especially when a driver is trying to avoid a collision. If a larger vehicle like a truck or SUV flips over, it can be very dangerous. Not only is it difficult to get out of a rolling vehicle, but the rolling itself can cause serious injuries if you’re not wearing your seatbelt.

An “T-bone” accident is when one vehicle hits another’s side in a perpendicular fashion. This accident is not named after the type of steak. It typically takes the form of a capital “T” when one car smashes into the side.

This type of accident typically happens when drivers don’t yield or run red lights. When it comes to t-bone accidents, drivers often end up with a lot of damage. The sides of a vehicle are typically more vulnerable than the front and back, which at least have some kind of buffer.

When a car crashes into a driver at high speed, there’s a good chance the driver will be injured or killed.

This article discussed the five most dangerous types of car accidents. By understanding these accidents, you can take steps to avoid them. If you are involved in any of these accidents, it is important to know what to do to protect yourself.